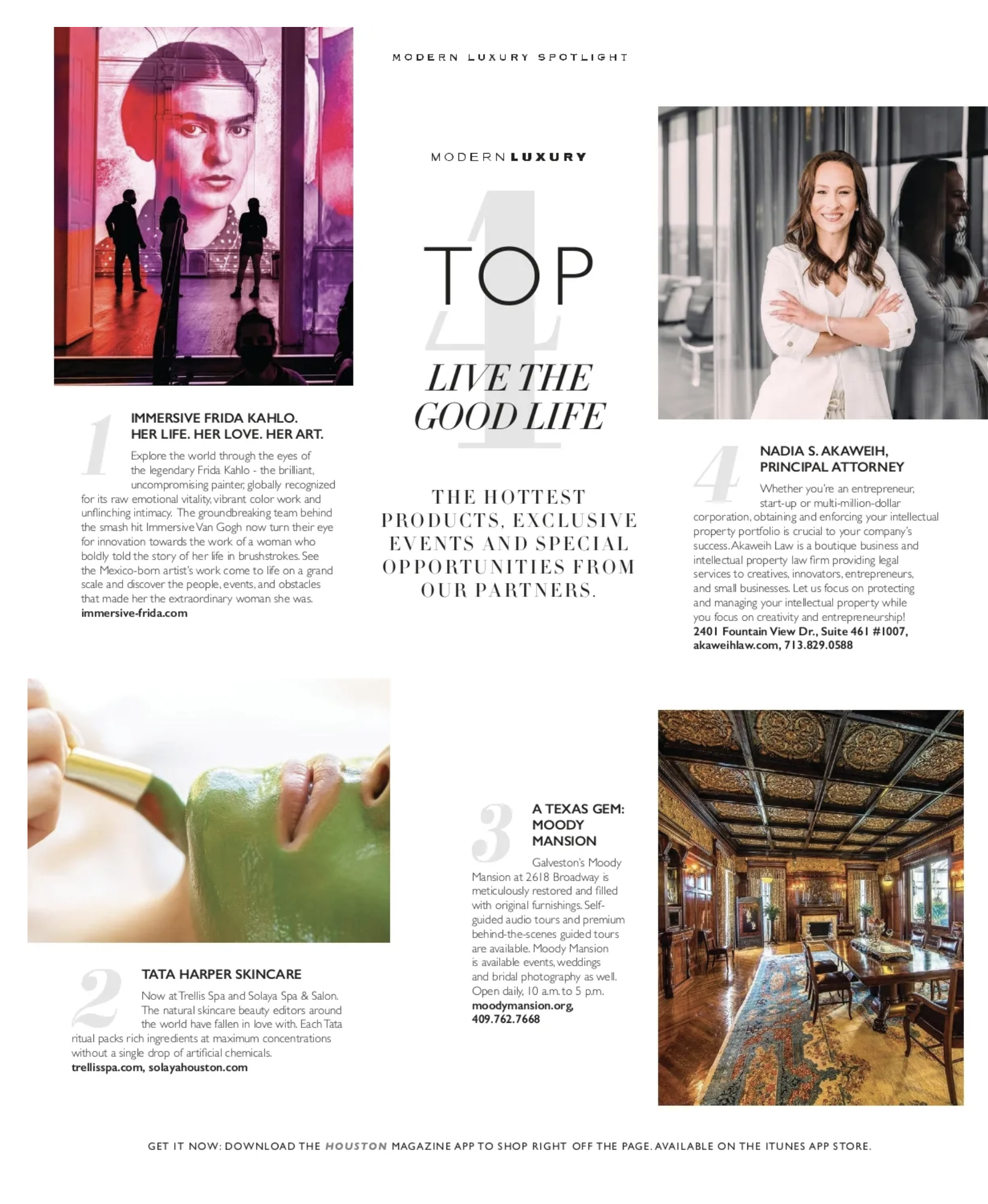 The Party supporters flocked to the Westin Houston Medical Center to celebrate the annual Ladies Who Brunch benefiting Sky High for Kids. THE PEOPLE Sky High for Kids founder and CEO Brittany Hebert Franklin greeted notables including Helen Winchell, Logan Lester, Natalie Her, Lindsey Men, Emily Zachary and more. THE PINNACLE Supporting the incredible cause at hand, the crowd mixed and mingled while keeping an eye on some of the swoon worthy prizes up for grabs. -JH 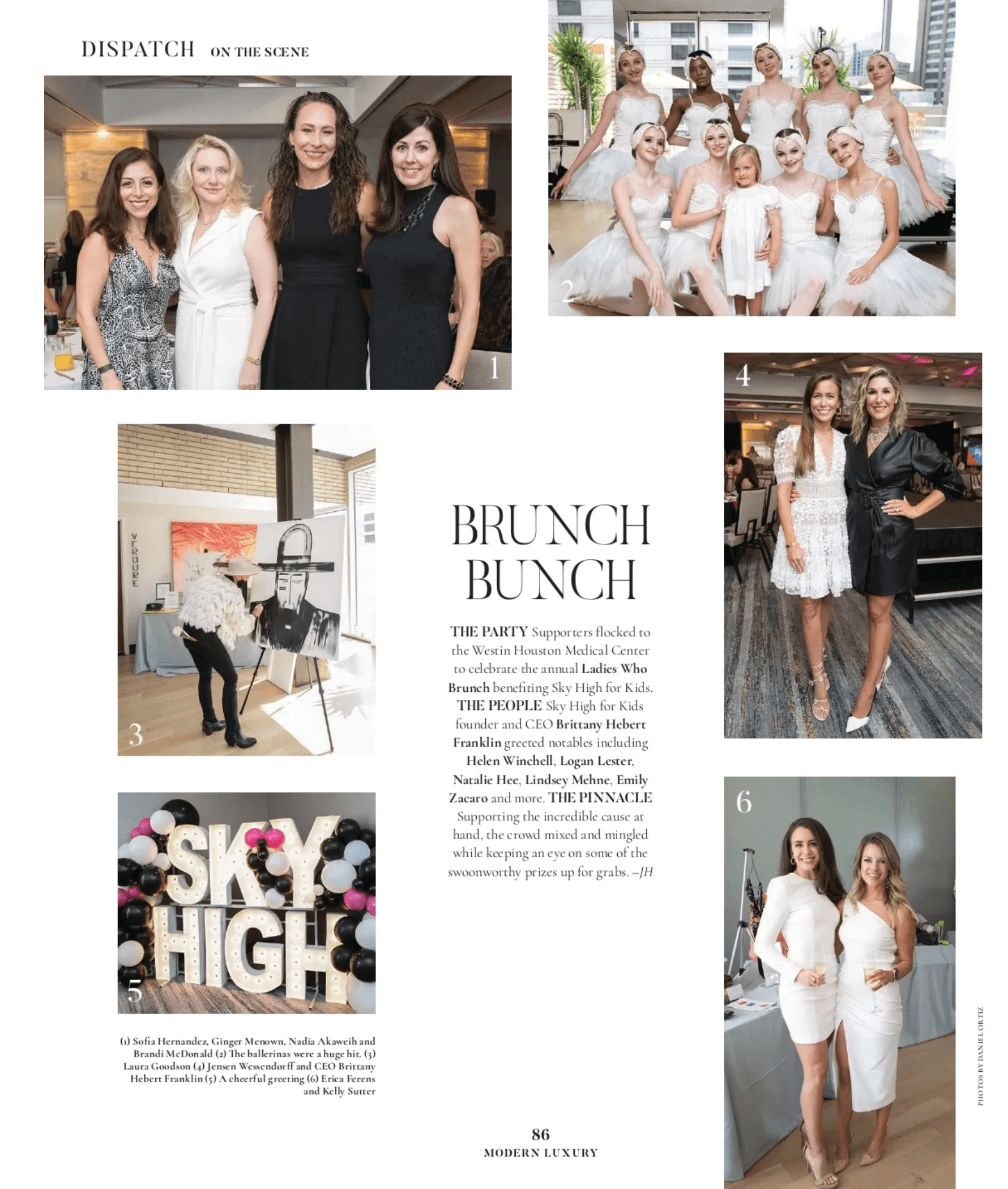 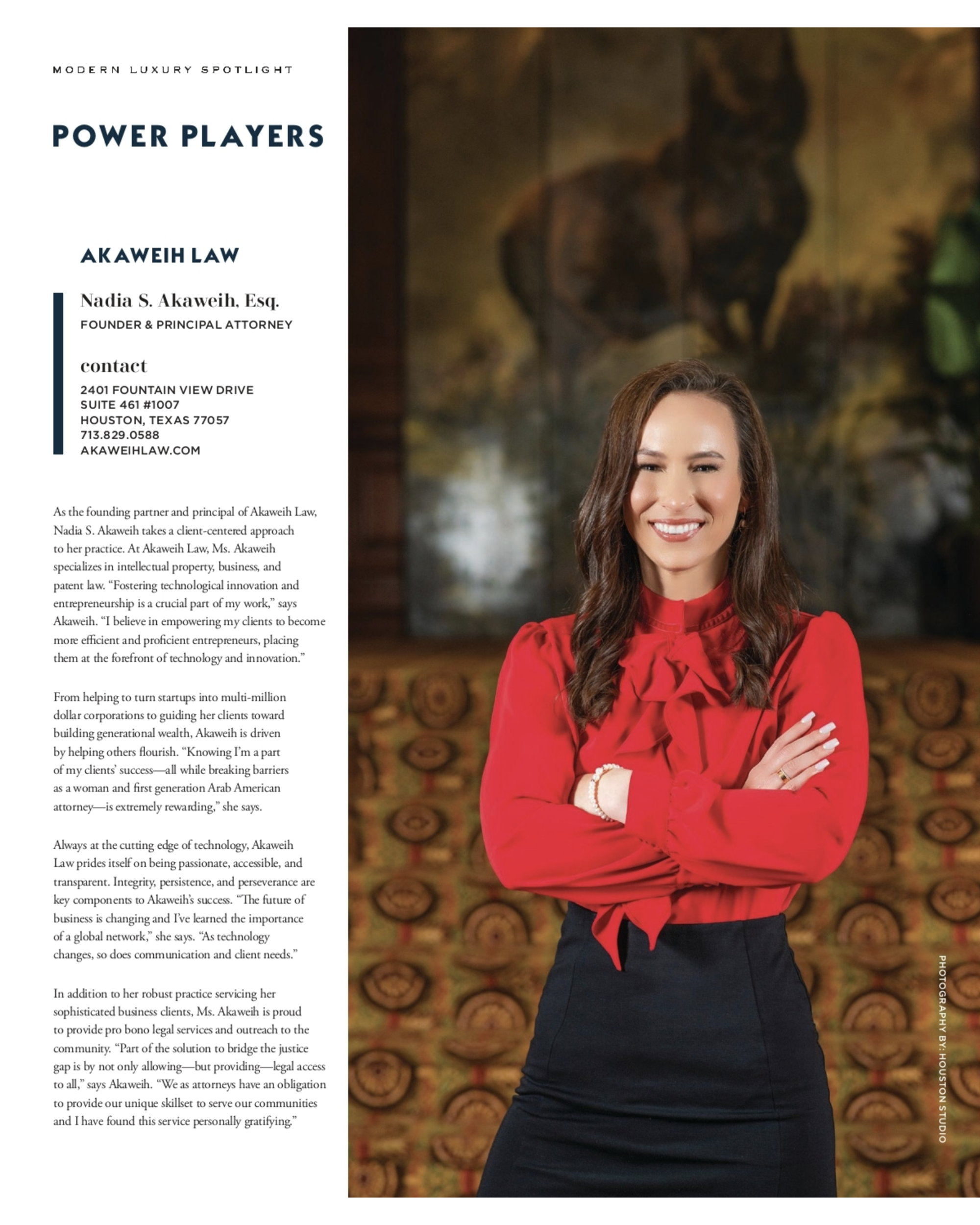 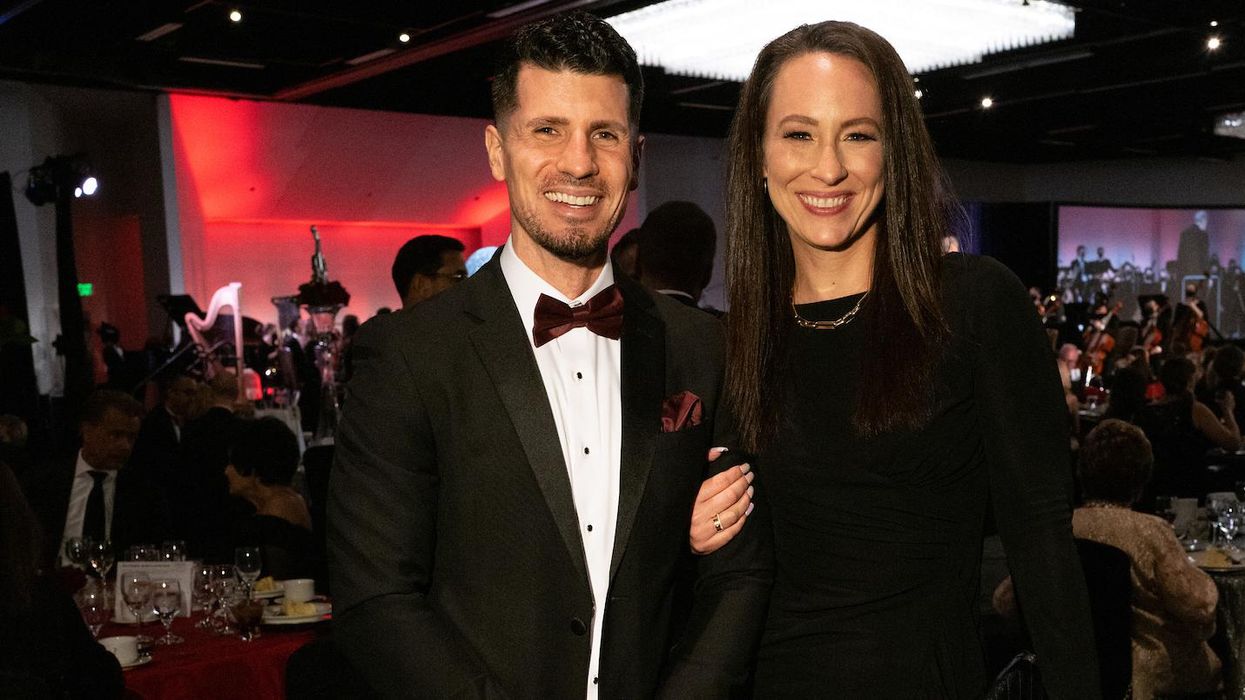 ONE OF HOUSTON’S most important and prestigious organizations for young artists turned 25 over the weekend, as one of the torrent of in-person parties dotting the social calendar in what would typically be the last weeks of the spring season. Some 250 filled the Hyatt Hotel Downtown’s ballroom for Virtuosi of Houston’s Silver Jubilee gala, which raised $180,000.

Red roses and accents of silver filled the space, with mini musical instruments factoring into the centerpieces. Other highlights of the event included a wine pull, a raffle with prizes including a gift card to the fabulous new Zadok Jewelers and remarks from emcee Ernie Manouse. But, of course, the most memorable parts of the night were the performances by Virtuosi’s student musicians.

Virtuosi of Houston is said to foster a “pre-professional” environment and provide performance opportunities for the city’s best and most dedicated young classical musicians, many of whom go on to study at the world’s most prestigious music schools and to undertake artistic careers. 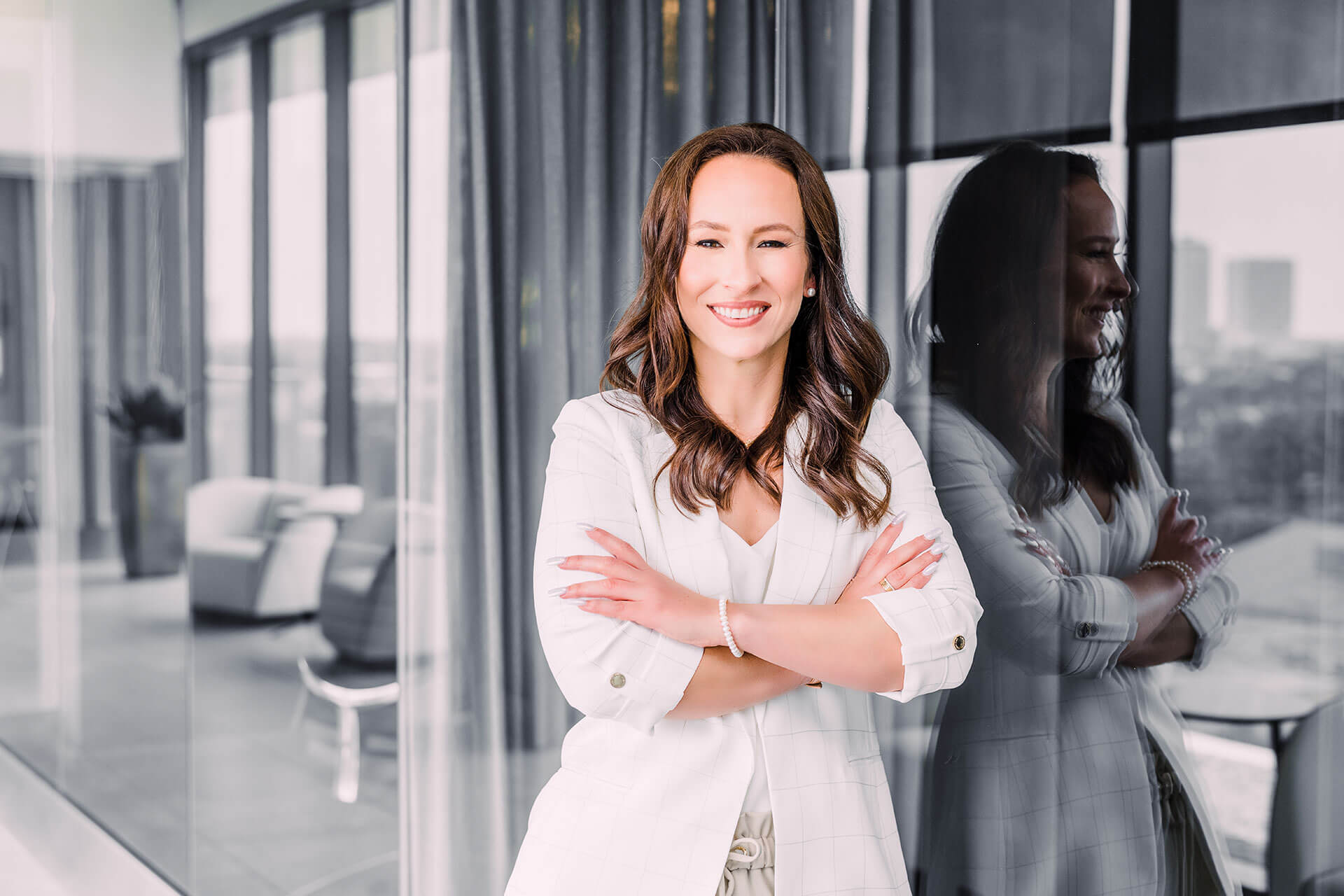 We had the good fortune of connecting with Nadia Akaweih and we’ve shared our conversation below.

Hi Nadia, can you walk us through the thought-process of starting your business?

When the pandemic hit, entrepreneurs were faced with new challenges and opportunities to innovate and create, motivating them to launch small businesses and start-ups. I opened my practice to help creatives and entrepreneurs protect their intellectual property and effectively use their IP to create multiple streams of income to build generational wealth and leave a financial legacy. 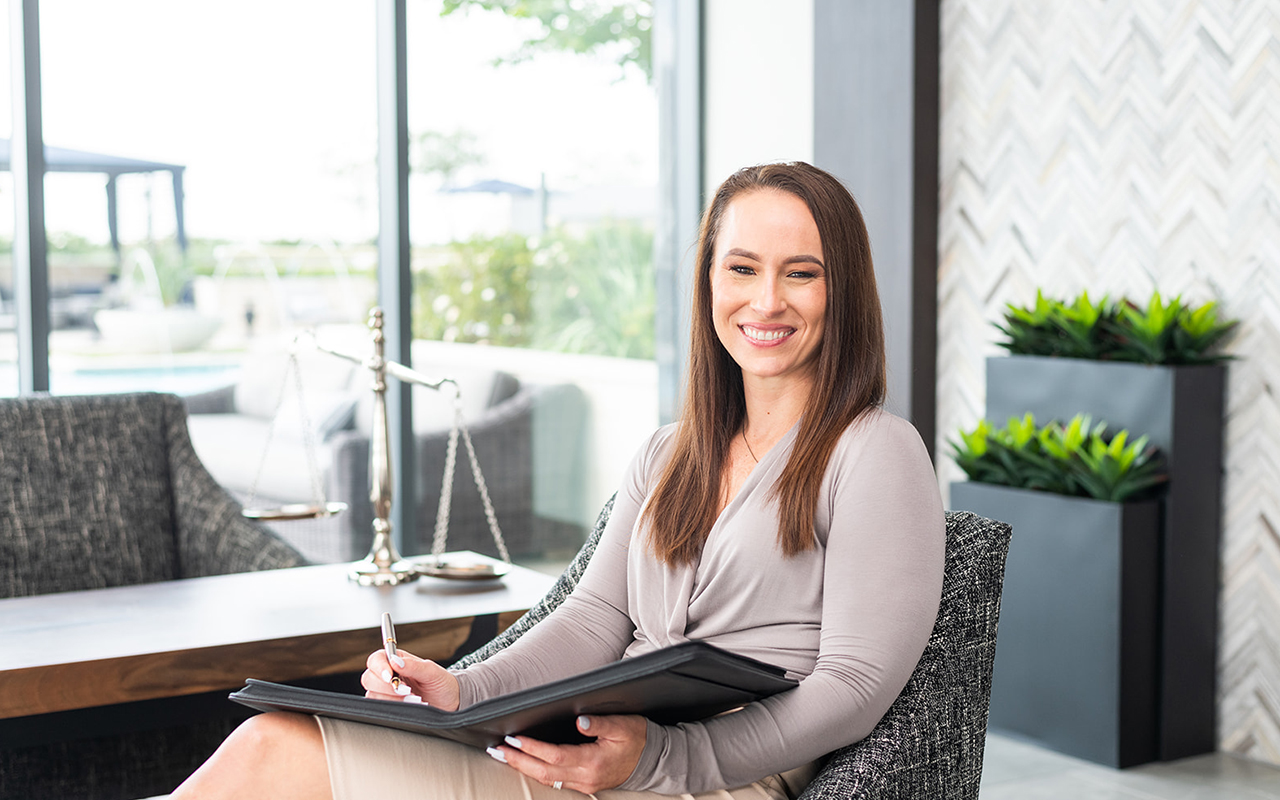 Can you give our readers an introduction to your business? Maybe you can share a bit about what you do and what sets you apart from others?
Akaweih Law prides itself on being passionate, accessible, and transparent. Integrity, persistence, and perseverance are key components to my success. As a former athlete, I have always been competitive on and off the court. That passion and same competitive spirit has given me the ability to tackle legal issues in a creative and ultimately successful ways. 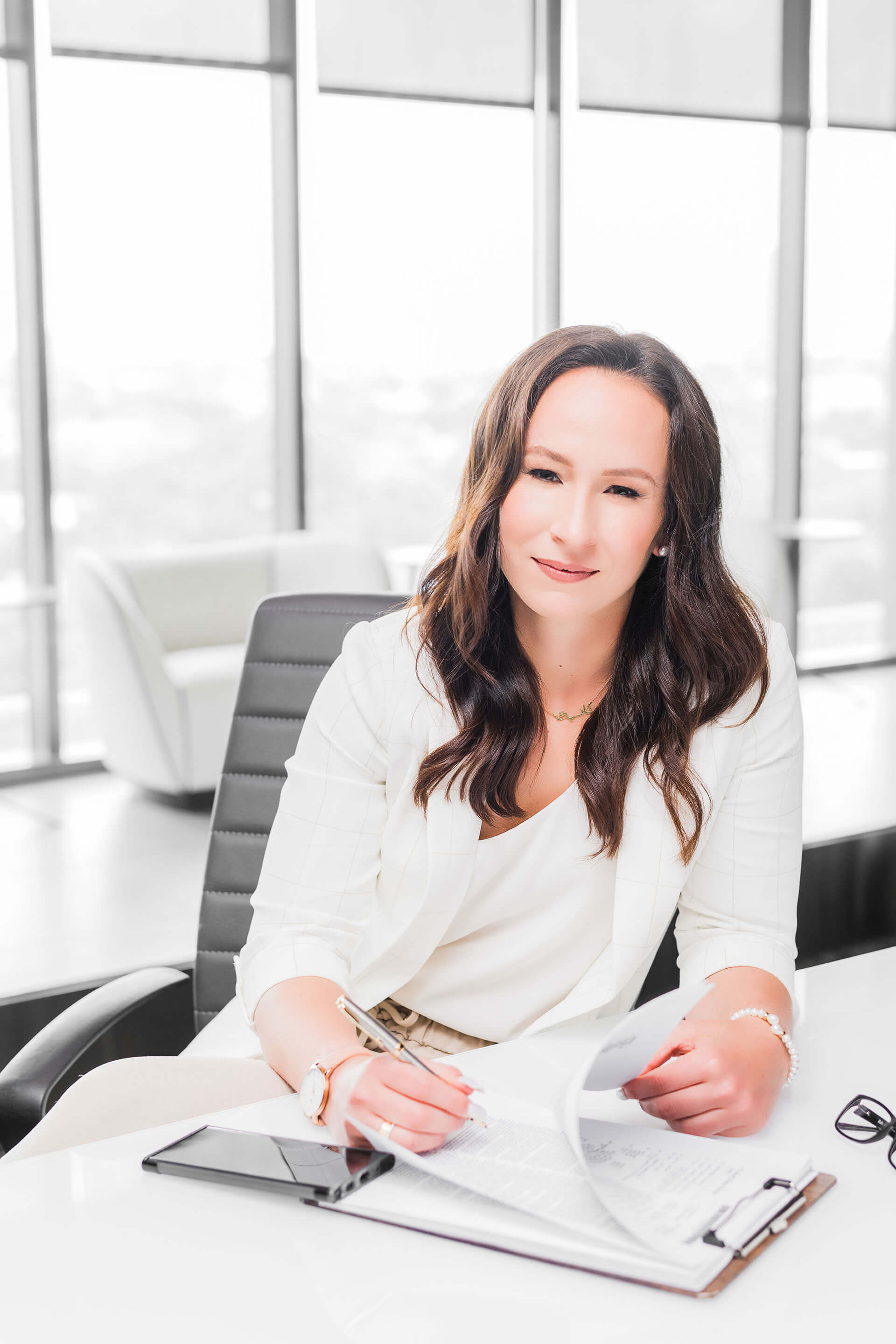 Akaweih Law differs from most firms because it is a modern legal practice. Instead of the traditional hourly rate approach, I provide my clients with alternative fee arrangements. From a budget and predictability standpoint, clients tend to embrace AFAs because it delivers better value and is cost-effective. The future of business is changing so it is imperative that I am technologically competent. I find that forming a client connection allows me to gauge and understand their legal needs, which allows me to render effective and efficient legal services.

Any places to eat or things to do that you can share with our readers? If they have a friend visiting town, what are some spots they could take them to?
Brasserie 19 : favorite head chef – Michael Hoffman; favorite appetizer – Seafood Tower; favorite area – River Oaks; favorite food – Brussels sprouts and Tomahawk steak 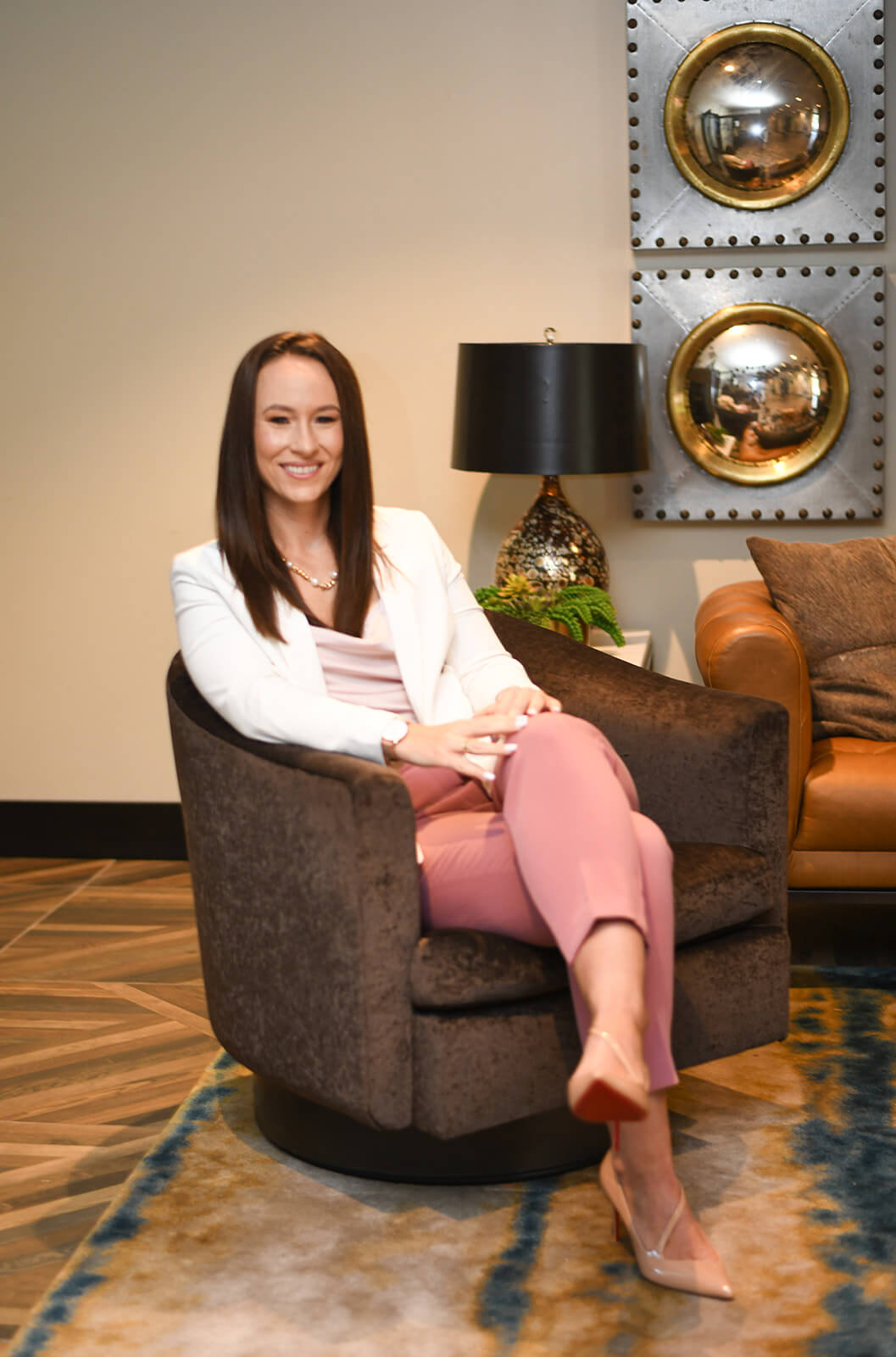 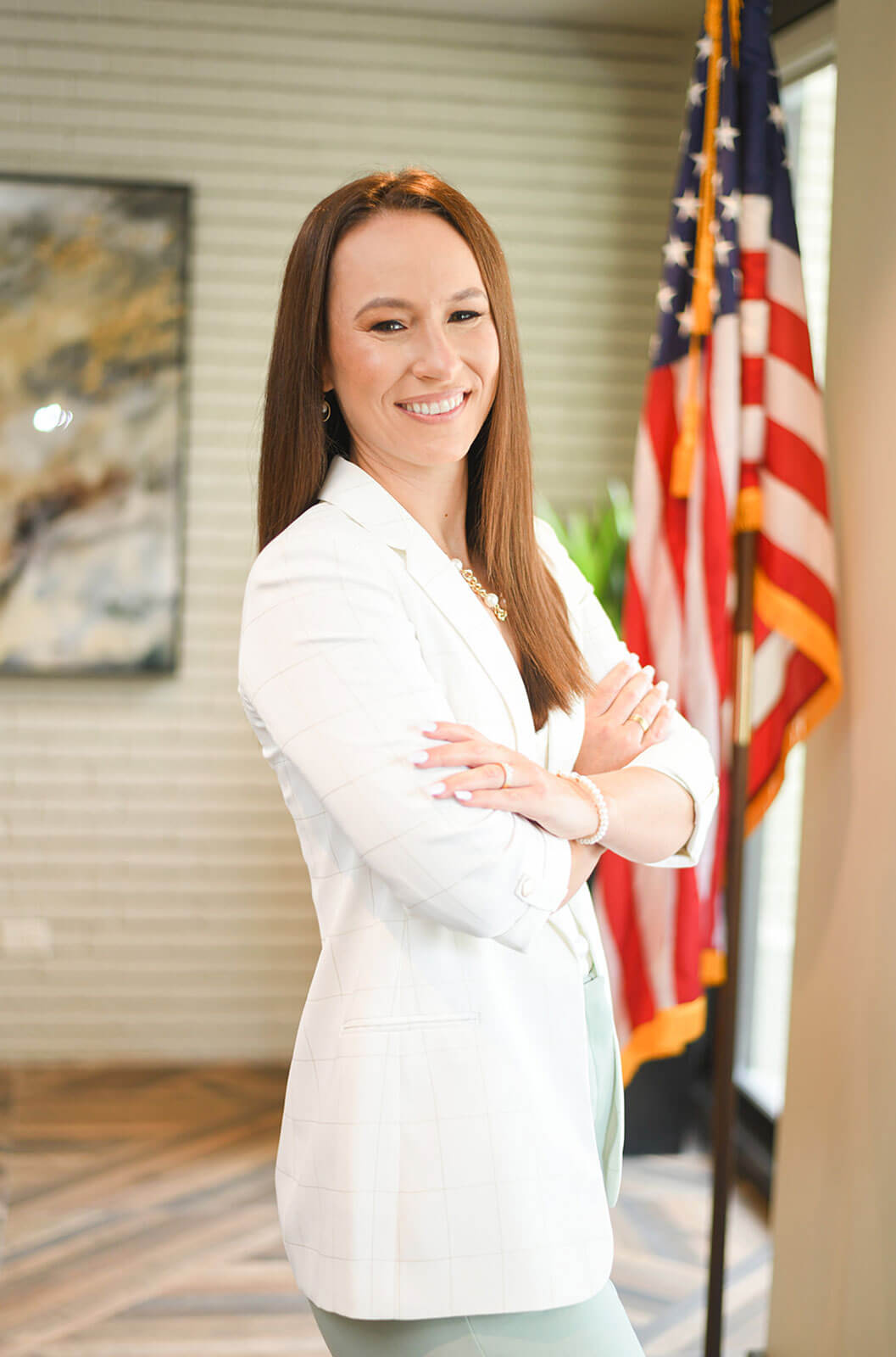 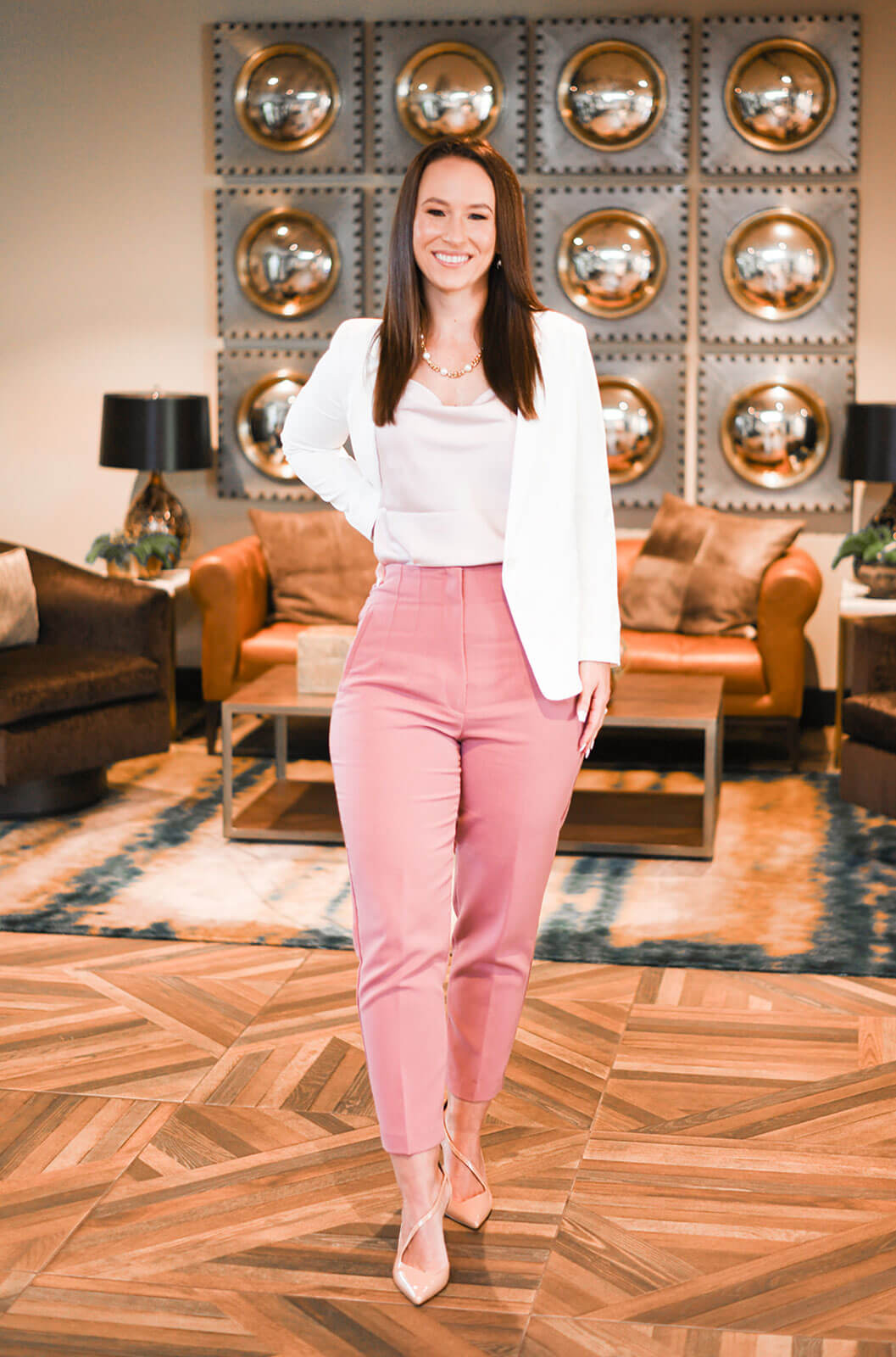